Well here’s a little pocket of the internet I haven’t visited in a while! I actually thought I wouldn’t have time to update this any time soon, but then we actually had someone complain that we haven’t been posting – Ma, we’ve got fans (at least one!) 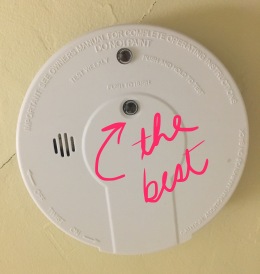 I’ve been struggling with my new super fun electric oven, as you well know ma. Turn it about 350 and it smells like somethings burning, even if it’s not. Use the back left burner and some old caked on something starts smoking. I’ve never been so grateful for the modern smoke detector’s ‘hush button’.

That being said, last night, oven and I finally got along, didn’t set off the smoke detector, which I definitely left on the wall. It would be unsafe to cook without it!

So one of my favorite things about Trader Joe’s, besides those weird caramel waffle cookie things, is their frozen food. They have frozen cha siu bao (Chinese pork buns) that almost taste as good as the ones I had in the city once; these kick-ass green chili verde burritos; saag paneer that gets the spinach creamy like I’ve never been able to get it. But the best frozen thing they have is two reasonably priced, wild-caught frozen salmon filets.

And I found another blog that has an amazing way to cook salmon in parchment paper. You do this as well mom, but you wrap yours in foil too! So anyway, I made a salmon-parchment paper calzone filled with veggies and herbs and deliciousness. 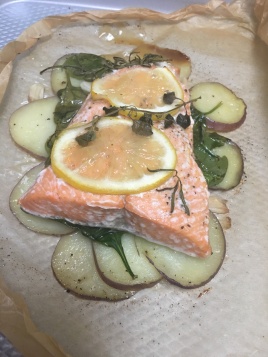 So the nice thing about this was minimal cleanup required. And no extra pans needed for sides, they just all cooked together!  And the best part of all – NO SMOKE DETECTOR GOING OFF! 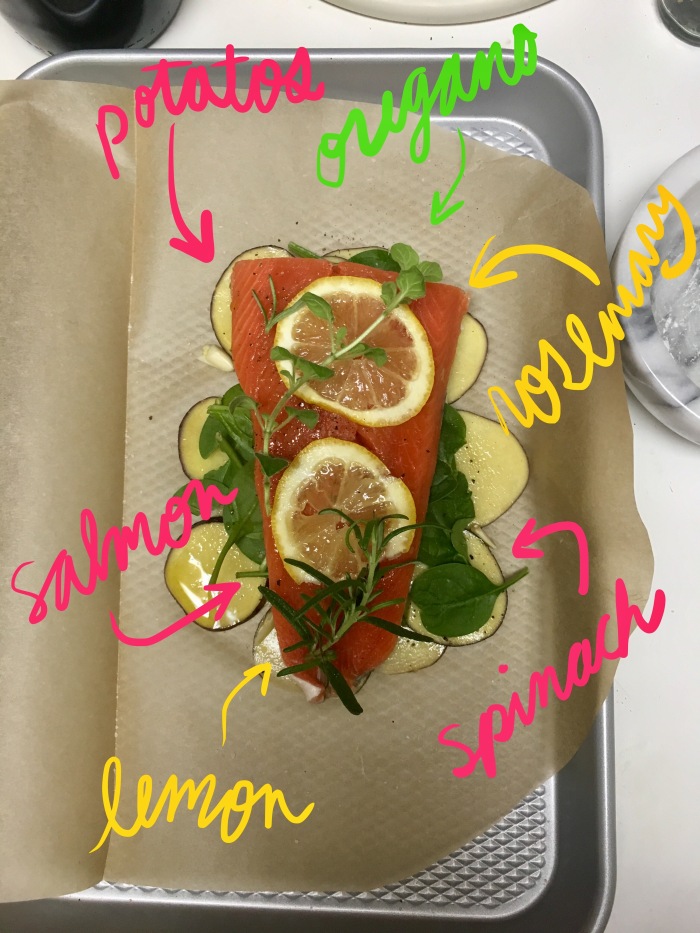 So I made a nice little bed of potato slices, spinach, olive oil, salt and pepper. Then I placed the salmon filet on top and put some lemon, and fresh rosemary and oregano, which I’m growing in my apartment! Well, the oregano’s doing okay, the rosemary I have moved to a sunnier spot, we’ll see how she does there.

So then you just pinch the edges together and make a weird parchment paper calzone filled with herby salmon and veggies.

And it smelled sooooo good.

Although I have a few comments: The salmon was a little dry but I think that’s because I overcooked it… (I did 20 minutes at 350, should have done 15 at 375). Also spinach was a bad choice. Should have used asparagus or something sturdier. Ah well.

I don’t have much more to say, but here’s a picture of the finished product, it was delicious. Ma, I miss you, but I desperately miss the gas oven.