Spaghetti Squash edition!! Yesterday I made spaghetti squash… again. I actually bought two last week – one for me and one for a friend who I’ve been raving to about my new favorite vegetable – and I kept the bigger one and now I have so much leftover spaghetti squash I don’t even know what to do with it all!

So Spaghetti Squash day 1 is Meditterainian style! Start by cutting your spaghetti squash in half, which in my case involved having three of my housemates worry for my life because the hardest part about the S.S. is cutting it in half. De-seed and cook your spaghetti squash for ~ 40 minutes, after coating with salt, pepper, and olive oil! 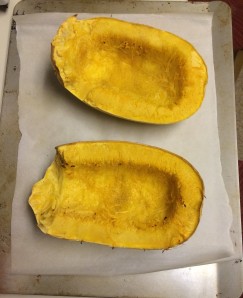 After it cools, take a fork and start makin’ spaghetti! Now, I took a video of the actually spaghettification of the squash (these are very scientific terms here people) but I can’t figure out how to upload it…. 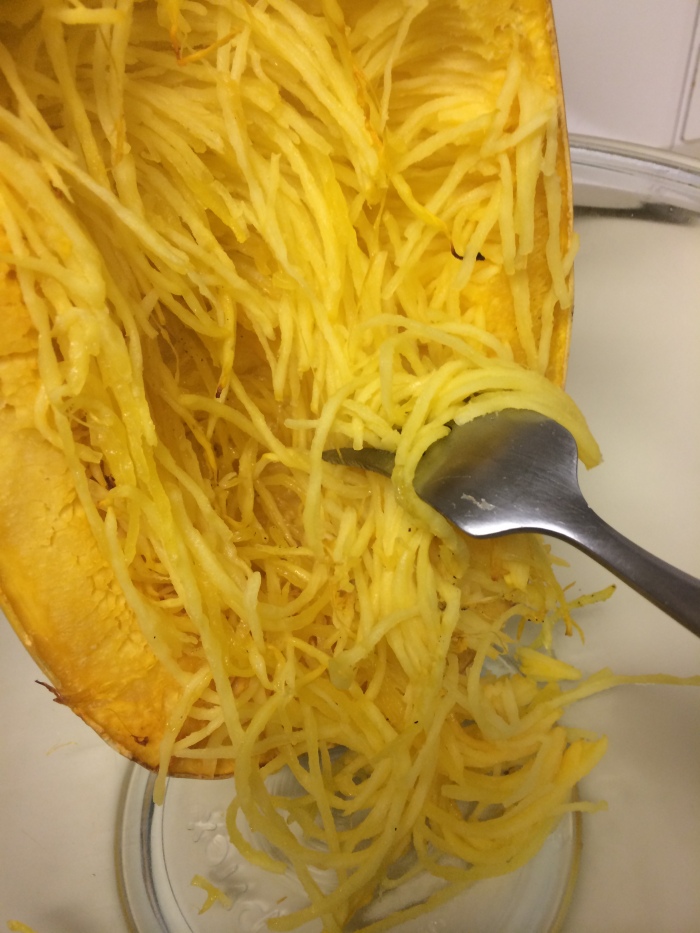 For a Greek-style dish, break out some spinach, white kidney beans, feta cheese, shallots, and garlic. And basically stir-fry it all up in a tablespoon of EVOO. 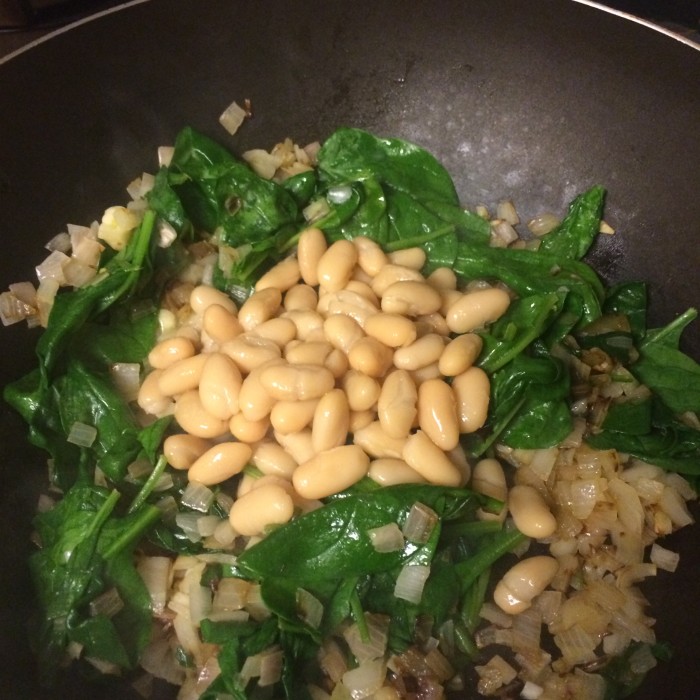 ProTip: Use less white kidney beans next time. They’re good but not that good.

Toss in the spaghetti squash, mix everything together and then fold the cheese in towards the end. Pour a big glass of vino and enjoy! 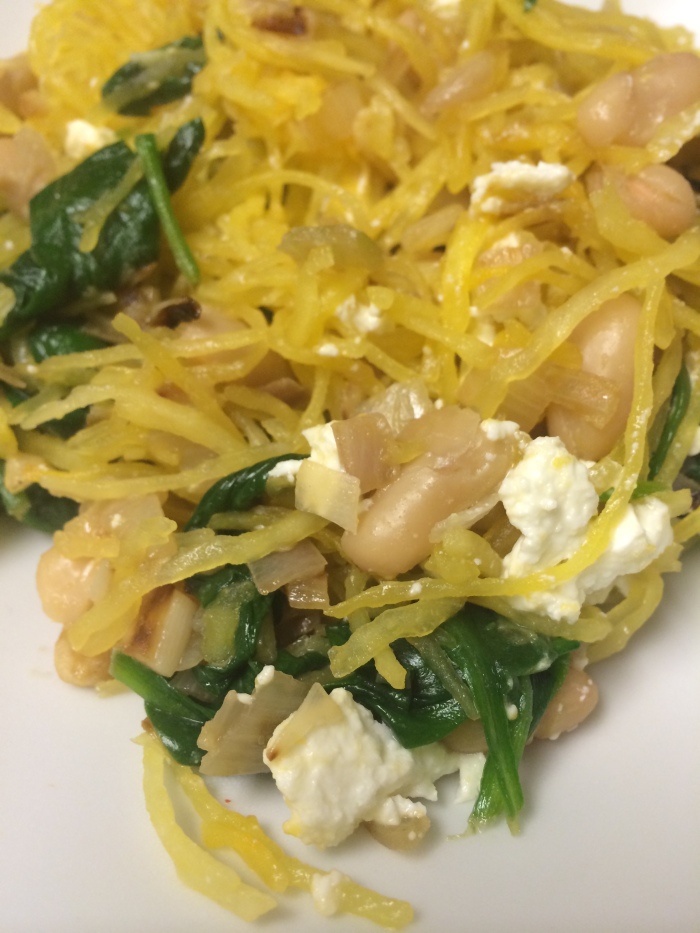 It was pretty good, but like I said there were waaay too many kidney beans and it wasn’t super flavorful. I think I could have raided the spice rack a little better, oh well!