So, tonight I took a nice little break from grad school world to watch the finale of one of my favorite shows, How I Met Your Mother, which I have been watching almost since the beginning (I think I started watching it a season after it started!). It was emotional, to say the least, and so I sat there on the couch with a nice big glass of Cab and a box of tissues…

But! Just before it started I made probably one of my favorite meals (I’ve recently decided. Aside from smashed cauliflower and steak, that’s definitely up there…) – spaghetti squash spaghetti and arugula salad!

What I love about spaghetti squash is that it’s super easy to make and it really does fill that carby-I-want-pasta feeling without the guilt of eating a big bowl of spagetti!

And, this recipe was 100% Melissa constructed. No inspiration except the growling of my stomach (and a spaghetti squash presented to me by you, my dear sweet Mother!). And now for the salad! 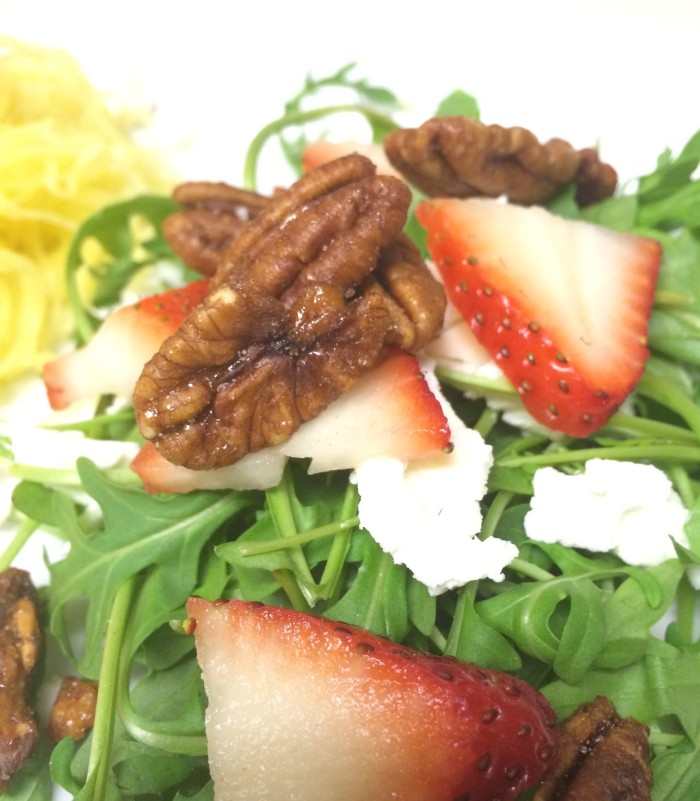 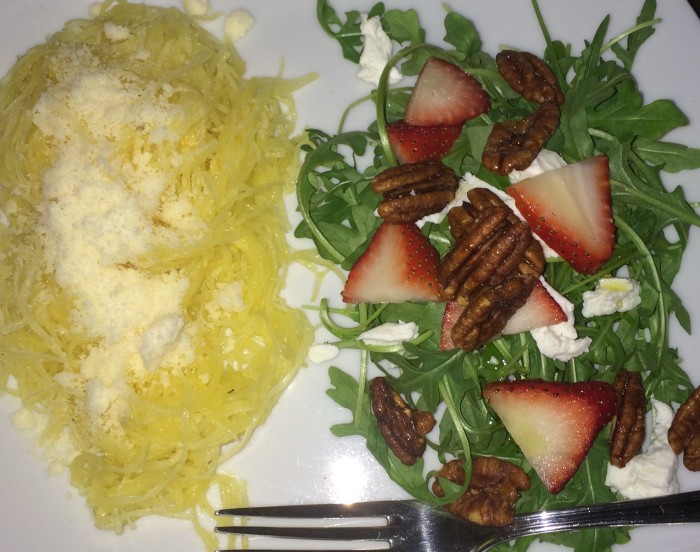 Well, now that I’ve procrastinate a healthy amount tonight, I’m going to work on my presentation on Exceeding the Carnot limit with a squeezed thermal bath! Woo. Hoo.

One thought on “The Most Magical Vegetable Ever: The Spaghetti Squash!”