This one is for you, Bill! 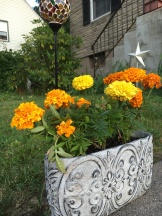 This week I found an amazing bargain at Home Goods. A Blendtech blender for $150! I think the blender gods were shining down upon me because I have been hemming and hawing about spending an incredible amount of money on a blender. Our “best” man Bill had loaned me his and I really liked all the versatility. Then I went to Costco on the weekend and they had a Vitamix for $399, but I still had an issue with spending so much on a blender! So, I walked away. Then lo and behold, I go to Home Goods for a $5.99 cement pot and walk out with a cement pot and a Blendtech blender! I always peruse the shelves for bargains at Home Goods, but just on a whim I happened to look up in the kitchen department, it was actually on an end cap by the ice pop molds. There they were, two blenders, a black and a red model. I looked at the price and could not believe my eyes. I thought, “this must be refurbished!” After a close inspection, I saw that it was not. I pulled out my pho 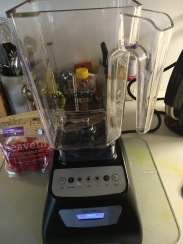 ne and Googled the model and I couldn’t find a new one for under $300. So, I took it as a sign, put in my cart, and off I went to the register. When I got there, the young woman behind the counter looked at it, rung it up, and said, “where did you find this?” I told her, and she said, “NO WAY!” I smiled and said, “I know, I couldn’t believe it either.” I told her there was another one over there in red and she quickly said, “well that one is going to be mine!”

Of course, as you would imagine with a 3HP motor, it makes amazing smoothies, but I bought this blender because I knew it could do other things as well. Tonight, I made a Chicken Tortilla Soup. Perfect for a summer evening when you don;t want to turn the oven on and want something, light, quick, and simple with powerful flavor. Here is the recipe and some extra pictures and video.

In terms of noise, which was the biggest complaint that I saw, it is honestly no louder than any other blender I have used or even the Nutribullet for that matter. The best part is that it is easy to clean and it has a whopping 8, yes I said 8 year warranty! Not bad!

Here is my recipe for Tortilla Soup. I improvised with ingredients that I had on hand. 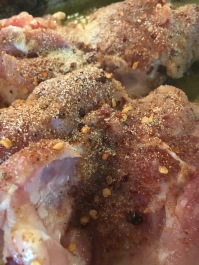 Put a little olive oil in a skillet, heat. Season chicken with spices listed. Saute until cooked through. The outside should be browned and a little crispy. Let rest. 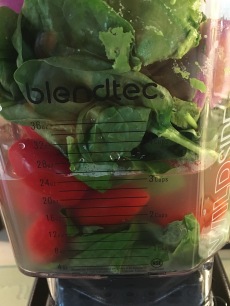 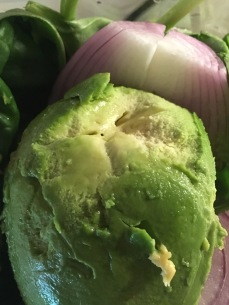 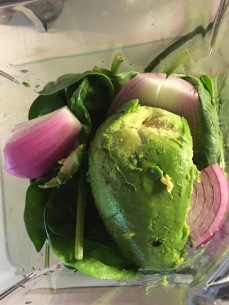 organic tomatoes, I used vallagio marzano (they look like mini plum tomatoes and were left over from a salad.

a small bunch of organic basil

a handful of organic spinach

a half of an organic red onion quartered

a half of an organic avocado

a splash of lime juice

salt and pepper to taste

Put all ingredients in the blender in the order listed. Push the hot button. In about 3 minutes you have a delicious hot soup!

Plate the soup in a shallow bowl. Slice chicken into strips, and put on top of soup. Garnish with a sprig of basil. Sprinkle with tortilla chips and hot pepper flakes. Cilantro would have probably been good too, but I didn’t have any! Needless to say, it was quick, easy and delicious! Let’s not forget, it is also quite healthy! 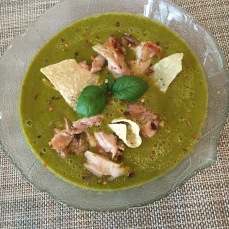 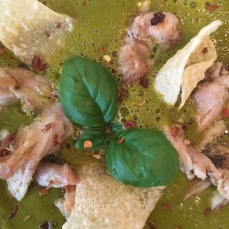 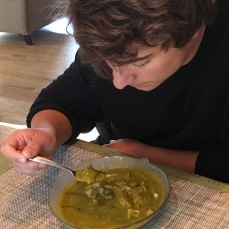