(I need to get better at making funny titles, I’ve lost my touch…)

Hey ma!! It’s been two months since I last posted, so I suppose it’s long past time for an update. Plus, one of our most loyal readers (looking at you, Uncle Bill!) commented on our lack of updates, and you’ve already got a new exciting blender post…

So last night I decided to make some “chorizo” tacos. Notice that I keep putting chorizo in quotations – why is that? First of all, chorizo is usually a type of Mexican sausage, and it is delicious, when you can get it. 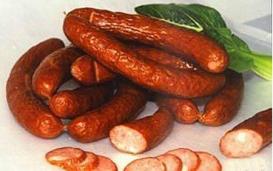 Unfortunately, I don’t know any butchers around here that make it. Scratch that, I don’t really know any butchers around here (this is important, as it is a problem later in this story…). Anyway, one of my favorite websites for authentic Mexican recipes is Mexico in My Kitchen. I’ve made her carne con papas, her salsa recipe (which I’ll talk about in a moment), and many other things.  So she has a recipe for chorizo, but it had a lot of stuff I couldn’t get my hands on – it also had a lot of stuff I could!

So, I improvised! But before I improvised, I started on the salsa. Seriously this salsa is so easy, and so delicious, that you should never ever buy jarred salsa again. See this picture here? Step one: boil 1 jalapeño pepper, 1 large tomato, 1 clove of garlic. Step two: put em in a food processor with 1/4 white onion and a little cilantro.

Seriously, that’s it!! You can add lime if you want, add more jalapeños for more spice, more garlic if you’re a garlic-y kind of person, like daddy, or more tomatoes if you want it less spicy. Anyway, final product: 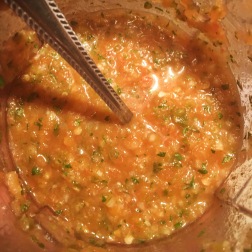 Okay, so while the tomato/jalapeño/garlic boiled, I lined up a ton of spices – seriously, I was going to take a picture but the lighting in my kitchen is not great at night. Then I got myself prepped to make chorizo sausage! Which was oddly similar to making meatballs!

So, as I mentioned before, I did have one dilemma in making sausage meat, which is namely: fat. In any sausage – Italian, Andioulle, Chorizo – you not only need a ground meat, but a fat. Why do you need fat? Well, if you buy ground pork in the supermarket, as I did, it’s fairly lean. Lean is healthy, for sure, but not as tasty and certainly not as juicy. So what MMK told me was to get “6 oz. of pork fat”. Where the hell do I get pork fat?

Well, normally: a butcher. And a proper butcher, because typically supermarkets get meat that’s already been trimmed quite a bit. Now, one day I’d love to be able to afford to give up shopping at large supermarkets and only visit my local butcher and locally-sourced isles of the supermarket, but today, and with this salary, it is not that day. Enter: Bacon.

Bacon, as you can see, is a lot of fat, so I trimmed all that fat off, chopped it up and mixed it into my ground pork. What else did I mix in? DEEP BREATH

(Don’t worry, I’m going to write out a recipe at the bottom) 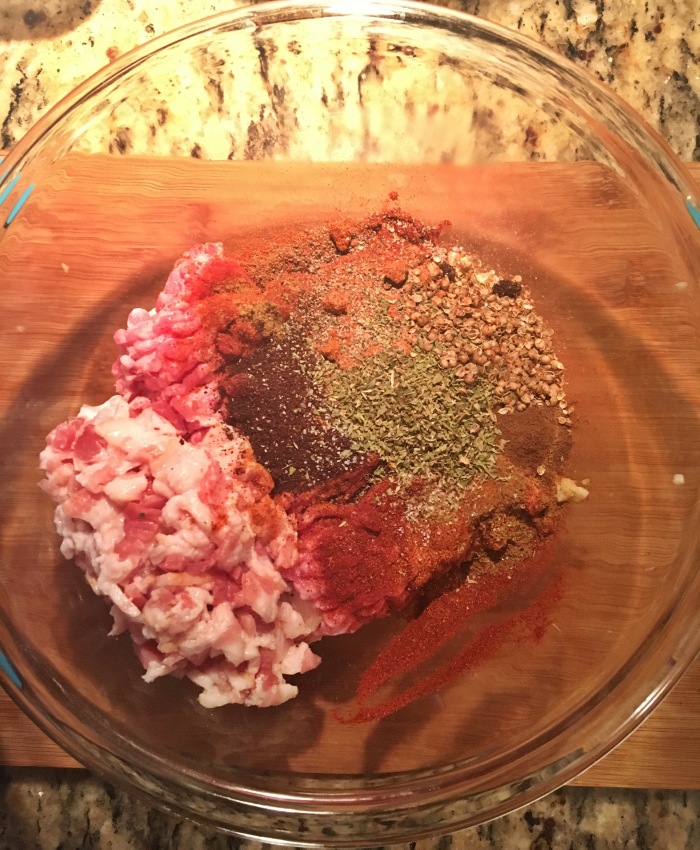 And then I got to do one of my favorite culinary activities: mix it with my hands!! Anytime I 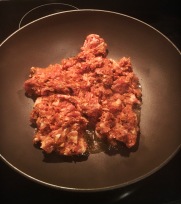 make meatballs with gram, I volunteer for this because I find this as much fun as playing with play dough, if not better.

Now normally, you’d have the sausage, cut the casing, and cook the meat inside, but all I had to do was put it right into the pan with some piping hot oil. Okay, we’ll let that cook and talk taco toppings!

Okay, so, ever since my one housemate F taught me how to make tortillas by hand, I’ve been a little snobby about tortillas, but this was a weeknight dinner so I just bought them at the store. Maybe I’ll write a post about making tortillas next time we make them! For everything else, I made a handy picture guide! 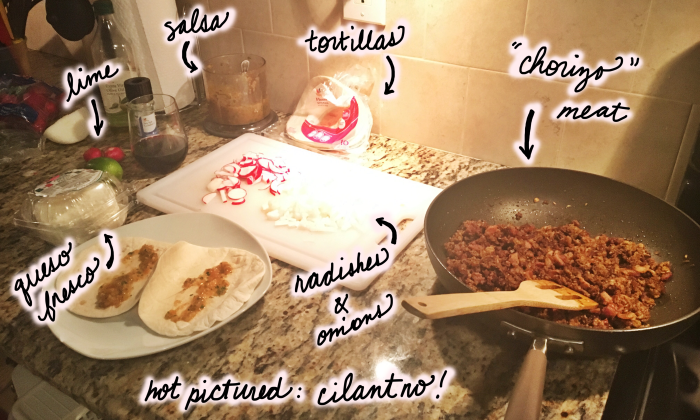 Ugh, see how crappy the lighting in my kitchen is? But such a nice kitchen, I can’t really complain… so, once the taco meat is ready, assemble your tacos and, hello gorgeous! 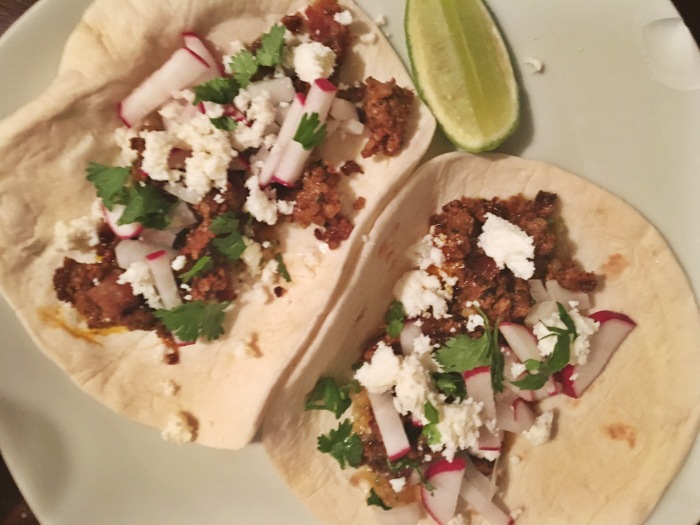 SUCH A BLURRY PICTURE. I know. But it’s the best I got, because I then proceeded to eat four. Anyway, I can’t speak to how close  I came to actual chorizo, but whatever it was, these tacos were damn good. And I’ve got two packed for lunch, which I’ve been eating while writing this post!

I also made a dessert because I had pears that were too ripe to eat, but I’ll save that post for another time, perhaps…

Mix everything together in a bowl with your hands until well combined. If you want to make sausages you’re going to need sausage casing, twine, and a how-to video from Youtube. If you want to make tacos, cook in a pan with a little bit of hot oil (just a little, the bacon fat should do most of the work), and stuff in your tacos with warmed tortillas, queso fresco, chopped white onion, sliced radishes, cilantro, salsa, and lime.

Boil tomato, pepper, and garlic until skin peels off of tomato. Peel the rest of the skin off, and put everything into food processor. Blend until desired texture is achieved.

Alright Ma, that’s it for today, as I’ve got to get back to work, but tonight or tomorrow night: I’m making falafel!

One thought on ““Chorizo” Tacos a.k.a. “What will taste good in this pork?””